Return to space needs and dimensions

How far should the door be from the corner of the kitchen?

MEASURING THE WALL FROM CORNER TO DOOR 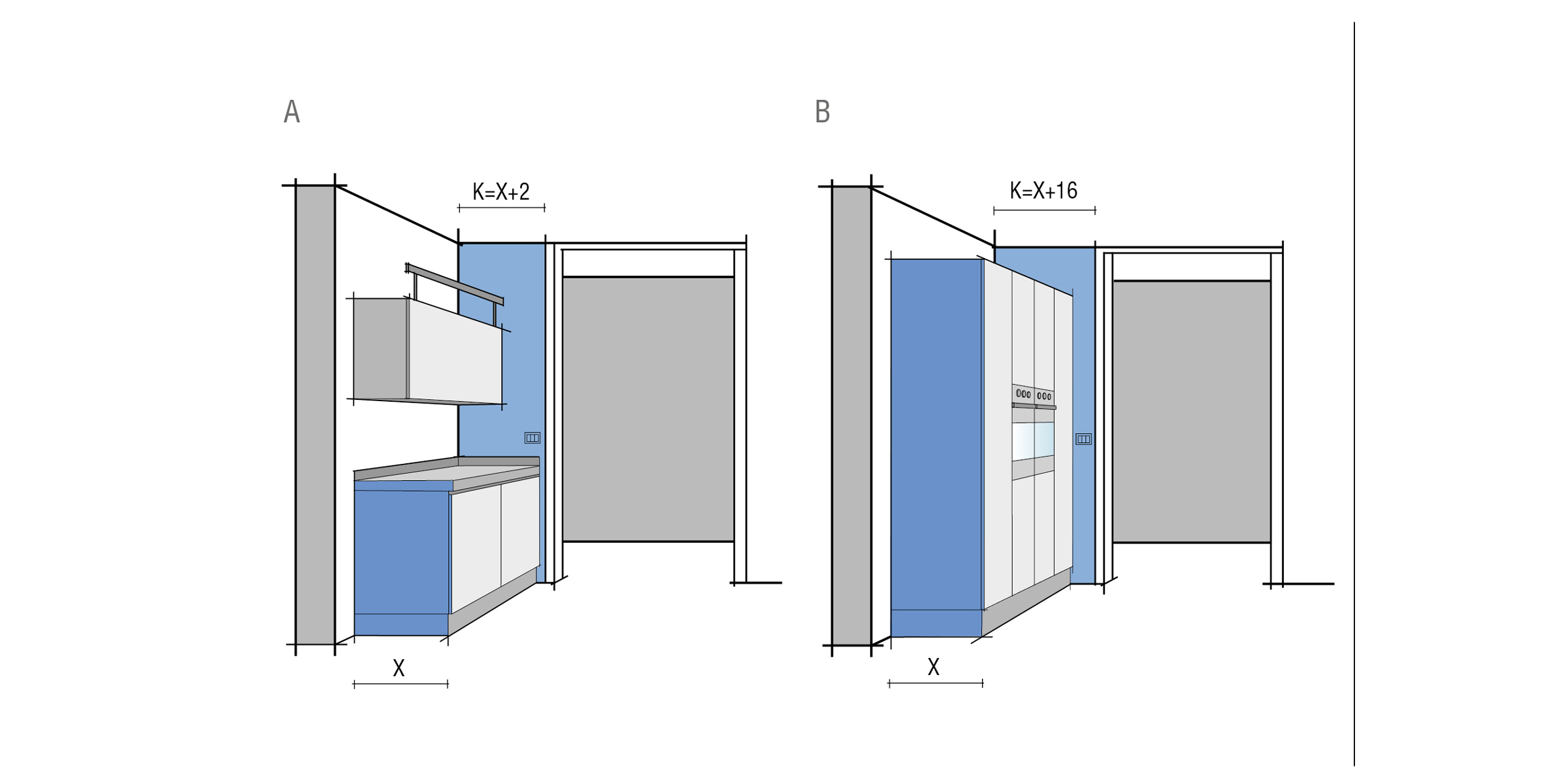 What problems could arise at the end of an arrangement near a door?

DRAWERS OR JUMBO DRAWERS
Door frames usually protrude from the wall by about one centimetre. This is why, when you plan a kitchen that finishes against a wall with a door, a few simple rules must be followed.
A good rule is to keep the base units detached from the side wall by 5 cm to allow the jumbo drawer to be pulled out without knocking against the door frame. A filler strip will be used to conceal the gap while the top will continue against the side wall.

HORIZONTAL HANDLE
If the kitchen has doors with horizontal handles, a gap must be left between the end unit and the wall. The width of the gap will depend on the space taken up by the handle when the door is open. A 5cm gap is usually sufficient but it is always best to ask how deep the handles you want to use are. To avoid this problem, a knob can be fitted on the door near the wall.

WALL UNIT WITH LIFT-UP DOOR
If a special wall unit with lift-up door such as the Ala or Aerius wall unit have been planned at the end of an arrangement, due to the special size of the door, it will be necessary to install the wall unit at a distance of at least 5 cm from the wall to allow it to open without knocking against the door frame.

However, to make the most of the special aesthetics of these elements, it is preferable to fit them in an isolated position, at a certain distance from other kitchen cabinets and from the walls.

To download the requested material we kindly ask you to insert your name and a valid e-mail address.
Thank you, the Valcucine staff

To download the requested material we kindly ask you to insert your name and a valid e-mail address. If you wish to receive further information or the files with high resolution images you can write to: communications@valcucine.it
Thank you, the Valcucine staff